Reached the age of 50 years 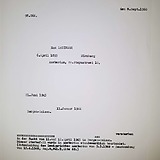 According to documents obtained from the Red Cross,Den Haag and from Dora's own official statement- Max passed away in Bergen Belsen camp on the night between 11 and 12 April 1945 and was buried in B.B. 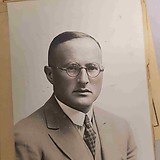 This connection is added by: Redactie Joods Monument send e-mail show profile
Idan Brull (Bruell) User of this website Added by a user

Person is in the National Database of Victims of Persecution